We have large capacity production facilities that offer the highest standards required by the industry, and covered by European Community certificates that guarantee high level of service. 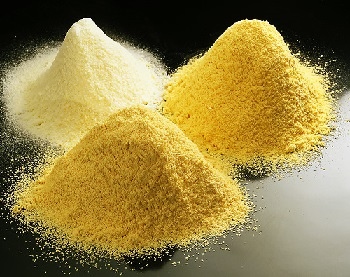 We offer several procucts categories, all of them related to  eggs.

DRIED WHOLE EGG POWDER  – To make dried whole egg powder we use a fresh liquid whole egg from chicken eggs. The ratio of egg yolk and egg white is the same in the product as in an egg. The product contains no additional ingredients

The whole egg liquid is being pasteurized at a minimal temperature of 64-65°C for at least 10 minutes, then it is cooled and dried in a spray drying machine

DRIED ALBUMIN POWDER – To make dried egg products we use fresh egg white separated from egg yolk and eggshells. This product is produced according to the preferences of the customer and in various forms. Dried egg white can contain natural sugar or can be sugarless, can be pasteurized in a classic flow way or in a dry way, when we pasteurize the already dried product. Its whipped cream feature can be the one of a normal egg white or risen by an added ingredient approved by the legislation. In case we remove the sugar from the egg white (=thus we also lower the natural amount of glucose) we control the pH by citric acid.

DRIED EGG MIXTURES (mixtures of egg yolk and white in various proportions, manufactured based upon individual Recipient recipes, which take into the consideration such additives as salt, sugar or other).

PASTEURIZED LIQUID WHOLE EGG  – It is a 100% egg product with no additional ingredients and is made of chicken eggs after the separation of eggshells. It contains in antural ratio egg white and egg yolk. The whole egg liquid is then pasteurized and cooled to the temperature of maximum +4°C and filled into consumers’ packages.

LIQUID PASTEURIZED EGG YOLK – The egg yolk is a 100% egg matter with no additional ingredients made of chicken eggs after the separation of egg whites and eggshells. Egg yolk is then pasteurized, cooled to the temperature of maximum +4°C and filled into consumers’ packages.